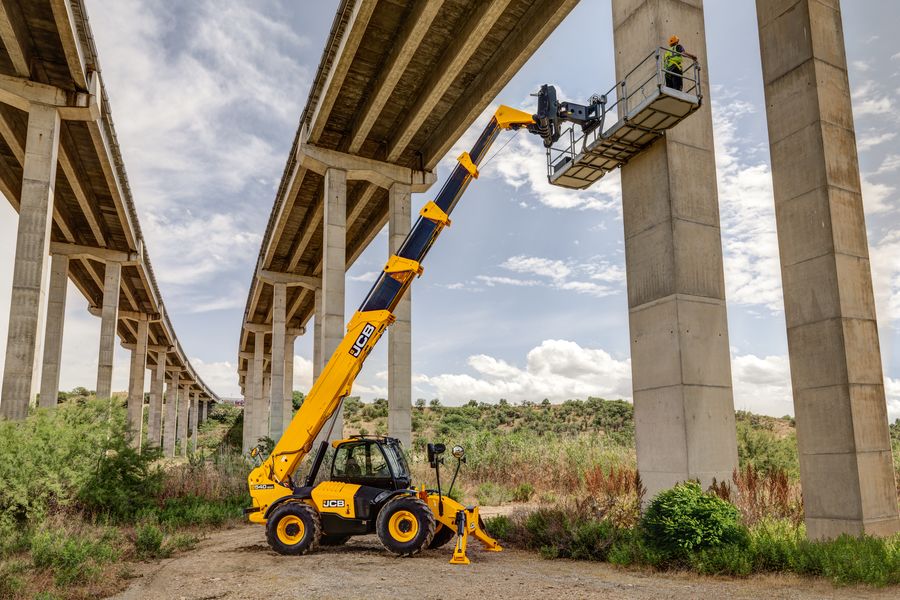 JCB is one of North America’s leaders in telehandler production, with more than 250,000 Load-all units sold across the globe. Recently, the company announced some new features that they added to their telehandlers. These are both safety and performance upgrades that you can select when you buy a new JCB telehandler or add them to an existing machine.

Let’s take a look at what’s new in the JCB Load-all lineup:

The new positive air shut-off feature might be the most necessary change the JCB has made to the machine. This option will cause the engine to shut off if it detects any flammable materials. Such a feature will ensure that the machine, the operator, and anyone around the vehicle is protected.

This option has become relatively standard since telehandlers are common in areas where flammable materials like natural gas, propane, etc. are present. JCB needed to add a safety feature like this one to their machines.

Two more safety features that JCB added were backup cameras and additional mirrors. There are several new mirror packages you can purchase as add-on features on a machine, which attach to different areas of the telehandler.

You can also install or add a rearview camera to your telehandler to ensure you don’t have any blind spots when reversing. This feature goes a long way to improve the safety of operating a telehandler as well as limiting any damage it may cause. Those who already own a JCB telehandler can add these features as well, so you don’t have to add them to a new product if you think you might install them later.

The tires on the JCB Loadall got attention as well, with these changes. The brand now offers “non-marking, semi-solid tires for compact and lift-and-place telehandlers, including larger machines up to 14,000 lb. lift capacity.”

These tires are grey instead of black, which makes them far less likely to leave tire marks behind. This is a huge improvement for solid areas like sidewalks, concrete, patios, etc. Black tires are notorious for leaving marks, but these new grey tires will be much less intrusive.

“Use of JCB telehandlers in the event and entertainment industries have created a lot of demand for non-marking tires,” Product Manager, Rebecca Yates, said. “JCB is one of the only manufacturers to offer this option on large-capacity telehandlers.”

JCB also added an Arctic Kit feature to their telehandlers. It allows the machines to start in temperatures as low as -40 degrees Fahrenheit.

Included in the kit are the following features:

Unfortunately, this kit will be a factory-fit option, so you won’t be able to add the standard kit to your JCB after the fact.

Ready to buy some new skid steer tracks or solid tires for your JCB? Take a look at our McLaren line of tracks here.